ULTRAMAN - Ultra Operation No. 1 (Full Episode)
Watch TokuSHOUTsu on Pluto TV: pluto.tv/live-tv/tokushoutsu
Watch ULTRAMAN On Demand: shoutfactorytv.com/series/ultraman
Subscribe to TokuSHOUTsu: tinyurl.com/TokuSHOUTsuYT
Follow us on TWITTER: twitter.com/TokuSHOUTsu
Follow us on INSTAGRAM: instagram.com/TokuSHOUTsu/
Like us on FACEBOOK: facebook.com/TokuSHOUTsu/
Hayata, a member of SSSP, collided with a red sphere in the sky above Ryugamori and crashed while pursuing a mysterious blue sphere. In the sphere there was Ultraman from Nebula M78. Ultraman, who involuntary caused a serious injury to Hayata, shared his life with him and pledges to fight together to protect the earth.
Watch now: pluto.tv/live-tv/tokushoutsu
Watch TokuSHOUTsu Series On Demand: shoutfactorytv.com/tv/tokushoutsu
Watch Ultraman - Ultra Operation No. 1 (Full Episode) on Shout! Factory TV: shoutfactorytv.com/ultraman/ultraman-s1-e1-ultra-operation-no-1/5fc94d48625abd0001bdfff1
TokuSHOUTsu™ is dedicated to all things tokusatsu, featuring TV shows and live-action films with eye-popping special effects, vicious monster brawls, superhero stunts and spectacular sci-fi. The TokuSHOUTsu channel streams on Pluto TV, with select titles also available on demand at Shout! Factory TV.
www.tokuSHOUTsu.com

This was my jawn this and Space Giants

I always saw that actor who played the commander in many Tokusatsu series.

Before there was Ultraman, we had the puppets from Japan, Stingray & my lunchbox favorite..."FIREBALL XL5" in 1963-65....we all had the metal lunchboxes with matching thermos jugs......

Atleast they use this superhero.thats all.

This is the beginning of Ultra series, it was launched on 1966

Who all remembers Johnny sakko and his flying robot,🤣🤣

So many variations of ultraman now, but love how they keep bringing the original actors into the new movies.

My self watch this age of 8

In those times they got so poor special effects. The monster looks so false.

Thanks a LOT, dear TokuSHOUTsu for uploading this jewel of the ANIME!!! I remember that ULTRAMAN was emitted in my country (Argentina) by channel 13, every Saturday morning... I remember a chapter where ULTRAMAN fights against a "Flying eye"... Greetings from Argentina!!!

fuckers, how they played me when I was a kid

watched this 40 somethin years ago and i still got a crush on her 2:34

Hmm. I remember I was watching this series everyday back in the time I was in kindergarten. Now I know Godzillas history, I say to my self its really the same how Godzilla and this was made. They use rubber suits and start acting like a giant monsters

Flames underwater?. WTF....!!! :) Ultraman: one of the greatest superheroes of my childhood

Hint....when calling someone on the radio...you kinda have to shut up so they can respond. She didn't.

I like how they had communicator badges way before Star Trek, ST didn't have them until ST TNG in the 80's!

I watched this show a lot after school when I was a kid. Graphics look funny now. Lol

Before there was Stars Wars.

I saw this some time ago. Never thought I would see it again.

1970 on Saturday it would be Ultraman then the next week it would be Johnny Sokko. Hard to believe Hiroko Sakurai is 75 years old now.

This is the first time I'm noticing that the opening sequence for _Ultraman_ has a slight _James Bond_ feel to it, in terms of visuals... (No silhouettes of dancing ladies though... 😕😕😕😕😕)

My 2 favorite shows in the 70's Ultraman & Speedracer!

I used to watch Ultraman when I could. Because the channel it was on where I'm from sometimes we didn't get that channel. It was all snowy and I'm sure people here in a little snowy television looks like

From 00:28 It is strange... Is Japan a thieving country?! Why are the Japanese names represented by CHINESE characters???

@NavyF14D yes, indeed. So brief is the sunlight in our life.🌹

Can you believe she is 75 now? Man the years have flew by.

This is my first time to see it in color, before only black and white TV ha ha

Sorta, kinda like Thunderbirds, without the puppets...and the English.and probably was never subtitled in Japanese.I liked Bemular's roar which sounded like dragging bed springs down a sidewalk.

One of my favorite childhood shows growing up in the 70s

Kids today don't know how lucky they are...back then I lived in Newark N.J. so we had the N.Y. stations but my grand mom lived in Delaware which on a good day you could find other channels on the UTH wave lengths...

Nothing make sense nowadays but those were my childhood memory 😂

WTF!!! They changed the lyrics.

When I was a child Ultraman seemed more powerful than just a person in a rubber suit.

To be fair this was the earliest iteration of the suit, you can tell the features on the helmet is not well-defined. I think it got much better over time

@Will23 23 Hey don't disrespect our Ultraman.

Ultra man and Johnny Socko and his Flying Robot! Rushed Home to watch both.

Me too. So few people seem to know Johnny Sokko. Those and Speed Racer waited every day after pre school. I would run inside and the Speed Racer theme would be just be starting. You couldn’t get me away from the tv with a gun.

Nice to see such a high-quality print and in the original Japanese. Even watching as a young kid I figured the cheesy dubbed dialogue wasn't an accurate translation.

I watched the dub ver, It's kinda good But i had no choice,Duh I can't even read back then😂🤚

Those blue jerseys look so modern nowadays, even the lads’ haircuts; it seems that men’s fashion do not evolve or change that much through the years. Anyways, that was my favorite show when I was in elementary school, and even in my adult years to be honest.

The was the show never to be missed after school in the late 60s in Hong Kong, when the music start (what fabulous guitar riffs) and the opening sequence unfold, it's pure magic. Though we don't speak Japanese but we nevertheness sing along...thanks for posting

I would run home from school to make sure I could get there in time to watch this. There was a new T.V. station WUAB channel 43 and they had this.

James you are talking about Cleveland Ohio. Still got that channel.

I had an old broken cassette tape mike I gave to my brother in 1971 I slightly doctored up so it would look like the Beta Device Ultraman used to change. Years later he still had it and told me it was the greatest gift he ever got! We weren’t poor and he got some pretty neat Christmas and birthday gifts. It made me tear up,what I thought was just a small gesture on my part had made him so happy. He shows it off to his grandkids!

I'm 51 years old this brings back great memories thank you

I Remember this when I was little. But it was in English

This tv series was popular in Argentina !!!👽🎌🇦🇷

The rmj experiment on JPvid

I am 60 years old, those days this was power rangers.

Theres so many things this show does that are actually quite different to a lot of shows like it. The human special design weapons are actually useful against the alien menaces, the vehicles arent made of paper mache...

Who else is here in 2021 after VeVe Ultraman Series 1 release?

This is fuckin weird

Awesome.... can Jonny Saco be next

I remember seeing Ultraman for the first time in summer '67, on our first color TV from the then-KEMO channel 20, along with Speed Racer, 8th Man and Johnny Cypher. Good stuff.

Godzilla of the day as I fondly used to call it!

Goodness what did I just see, a chameleon looking man in a rubber suit trying to hump another lizard looking creature 😅🤣😂

If this had english speaking

They are out there. I’ve seen them before.

There should be the English dub around here,just have to look

As a young boy in the early 70s I had an "appreciation" for Fuji that I did not know what it actually was, lol. Later to be replaced by Linda Carter as Wonder Woman.

Don't forget Charlie's angels too. I relocated to the US from Vietnam. Learning English from those shows. 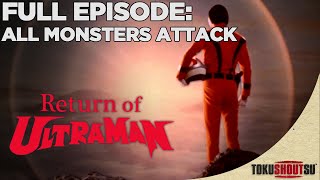 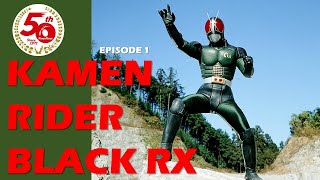 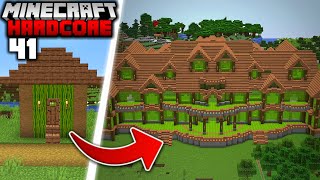 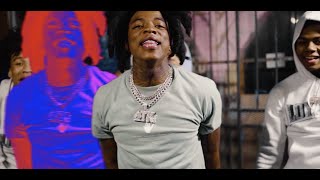 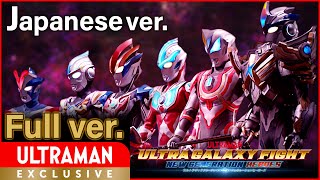 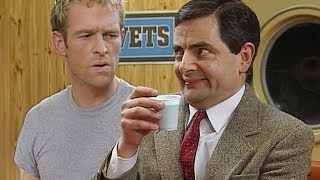 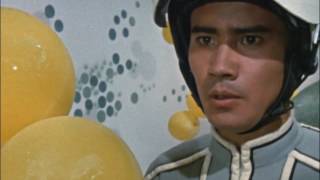 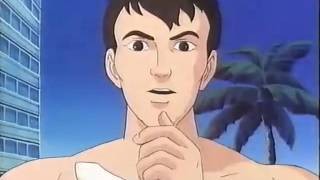 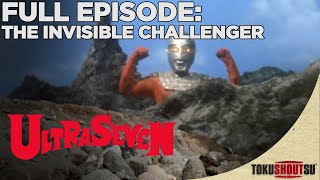 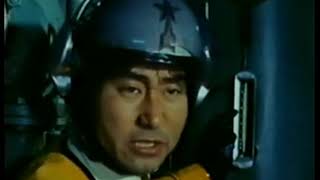 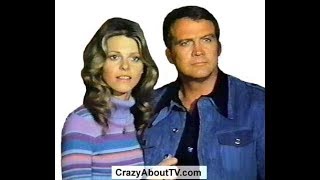 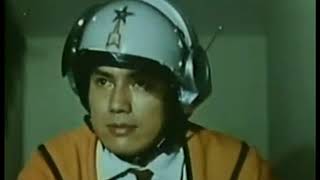 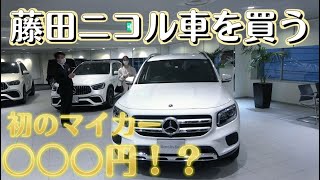 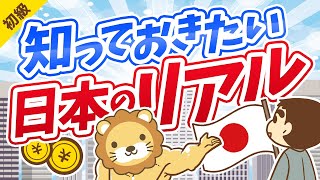 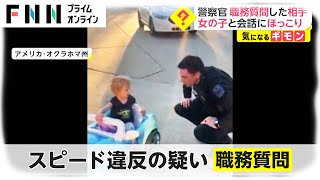 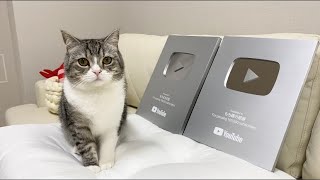 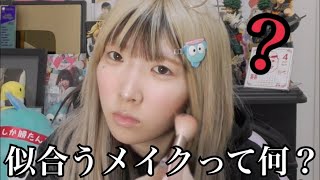 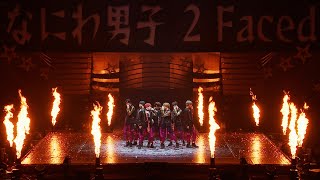 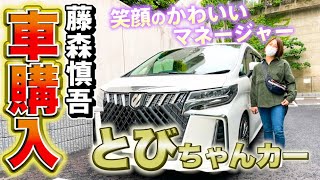 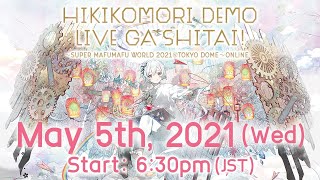